Summary: This blog offers several ways through which you can recover your Photos from any corrupt CF card using certain tools.

Compact Flash Cards or CF cards are used as storage devices primarily on digital cameras and DSLRs. Most of the prized shots you capture using your camera stored on these little pieces of technical brilliance. So if disaster strikes your CF card and you lose the pictures from it, you could end up losing memories of a life-event, your contract with a client, even your job. Okay, that’s taking it a bit over-the-top, but the situation of this poor guy sounds quite disturbing too:

“I have a CF card for my Nikon digital camera, but today I inserted the card in my new Canon digital camera and used it to take some pictures. When I inserted the CF card into the Canon camera, it could be recognised and started working regularly. However, all of a sudden when I was taking photos the camera shut down. On restarting the camera, it says the memory card is corrupted and cannot be accessed. To check if it is possible to copy all files stored on the card, I inserted it into my computer running Windows 7, but my computer says it cannot access the card. I’m in the panic! Is there any way to recover photos from corrupted cf card?”

The answer to such kind of queries is – Yes you can! In this guide we’ve compiled some great ways in which you can recover photos from corrupt CF card; and since we’re considerate, we’ve thrown in some information on CF card data loss in general as well. So read on and explore!

There could be several reasons behind your CF card becoming corrupt or inaccessible. Two primary ones are:

Physical damage can be irreparable at times and is usually caused by the breaking of the card or magnetic damage to it.

Logical damage is mostly repairable, and there are plenty of ways to recover data from CF cards in its case. But before we go to that, it is important to understand what can cause logical corruption so that if possible, the risk factors can be avoided in the future.

A CF card can become logically corrupt if:

We’ve classified the ways to recover CF card data into three broad categories. Here they are with detailed descriptions:

The CHKDSK utility is quite powerful in repairing corrupt partition tables. Hence if executed on an inaccessible CF card, it will at least be able to make the card visible to the computer in which it is inserted. After that, you can recover the data using any of the methods mentioned subsequently.

To recover partition tables on the CF card, use the command:

Here ‘g:’ denotes the drive letter assigned to the card (so you should replace it with the one assigned your machine.

A word of caution –

Using commands like these to fix partition tables might be risky since they are ultimately intended to make changes to the MFT and File Allocation Table. So this step should be avoided if you don’t have a full backup of the data on the card or else you might eliminate whatever chances of data recovery you have.

They have their plus points and performs to a different level of satisfaction. The free utilities also have drawbacks associated with it. Few are entirely command prompt based,  so non-technical users might have a hard time using them. Plus in some cases, they fail to recognise a corrupt card despite it showing up on “My Computer” as a non-formatted drive.  So it doesn’t work in situations where the card’s file system is corrupt. Plus, it can’t pull off data from severely corrupted CF cards. 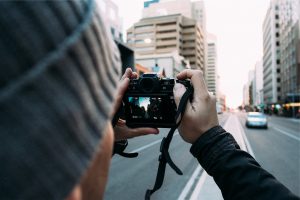 By far the safest, most accurate way to recover data from corrupted / damaged / inaccessible CF cards is through a premium CF card recovery tool like Stellar Photo Recovery. This tool works and does a commendable job of recovering lost or deleted photos, videos and audio files with their original names.

Since the tool has a highly interactive GUI, even non-technical users can use it easily as follows:

There you go. As promised, that’s everything you need to know about CF card recovery. Hope you never have to resort to it, but if you do, excellent CF card recovery tools would be your best bet. Also, read about how to recover Vacation Photos from Corrupt Lexar 800x 32GB CF card