Some Decent and Some Discouraging Features of Windows 8

Microsoft products have been dominating the computing world since the inception. Sky-high technology advancement has created an aura around the whole IT industry, for which Microsoft has taken all the lime light. As known to everyone, MS operating system series has always been coming up with extraordinary interface, features and functionality. Another agile development, Windows 8 again offers nifty attributes inclusive of Metro interface and several other interesting features. However, while users have a great experience, in the same span, unfortunately, some Windows 8 features disappoint them. Here, we’re shedding light on the most engaging features of Windows 8 as well as the ones that have not left magnetic impact on users.

Some of the decent features are:

Microsoft has brought improved security in Windows 8 by authenticating the OS before booting to make sure that malicious programs/software are not affecting the computer. There are also built-in Windows Defender (the proprietary Windows anti-spyware program) and anti-malware.

It’s good news for users that Microsoft has finally decided to support ARM processors in Windows 8, for which the OS is receiving applaudable response. ARM processor based devices have been popular for their performance, faster processing power, and robustness on mobile platform and fortunately, now the same features have become a part of Windows 8 based systems.

An entertainment experience with Windows 8 is Xbox 360 integration. The coolest feature SmartGlass turns Windows 8 tablet or PC into a second screen that interacts with Xbox 360. In addition, Xbox SmartGlass enables your device and TV to communicate and enhance music, TV shows, games and sports.

Than what is Discouraging?

Being new to the OS, it’s difficult for users to work on two environments on a single platform. Moreover, it’s necessary to learn where to navigate to which feature. Other than this, switching from one environment to the other results in increased interaction cost. The two differently working environment provide inconsistent experience.

As far as it is about learning, some users are finding it difficult to understand and for others, it’s just another feature-rich operating system. However, the disappeared system tray and new design creates quite a bit of complications. Also, users get stuck with determining the location once a program is minimized.

A Challenge for Enterprises to Upgrade

The trail of versions (Basic, Pro and Enterprise) is sinking the organizations in a confusion. Reason being enterprises are finding the Pro version suitable for some specific operations and Enterprise version for others. Secondly, upgrading to Windows 8 will require increased cost, time and efforts.

Microsoft has been aiming to develop window based systems; however, Windows 8 is moved to a tiled interface, giving a little space to Windows 7 style Desktop.  The tiled interface features displaying the programs in full-screen and limits users to access multiple windows.

Microsoft, with hearing great from customers is also facing some challenges with the controversial OS, Windows 8. When it comes to features, people have different opinions. For some, Windows 8 is the best OS ever, however, at the same time, rest are disappointed. Above description in a nut-shell is presenting the value of Windows 8 in the marketplace.

Bring Your Windows 8.1 based PC Closer to You; Personalize Start Screen and Desktop Background Settings 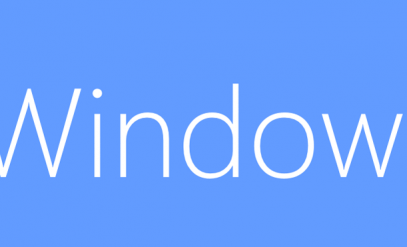 5 Tweaks to Make your Windows 8.1 Based PC Less Strange 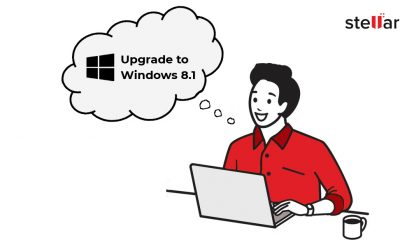 Upgrade to Windows 8.1, Benefits the Features you have Ever Desired For