The Anatomy of RAID Failure and its Recovery

The technology became popular right from the beginning, but more organizations and individuals started using it with the introduction of RAID 5, a level of RAID, so called and was perfectly meeting all three needs of modern data storage. In short, we can say, in RAID 5, it is possible to use unlimited number of disk drives to increase the data storage capacity (First need to be met).

Then comes the performance, RAID 5 is the best cost/ performance RAID configuration for transaction-oriented networks with a support of multiple simultaneous read/write requests & optimization capability for large and sequential requests (Second need to be met).

While talking about fault tolerance, it uses the concept of distributed parity bit across the data drives and can tolerate the fault when a single drive in the array fails (Third need to be met).

After RAID 5, some other levels were also introduced with higher performance and fault tolerance capability, but the cost/ performance factor makes the RAID 5 configuration be most used for the purpose of data warehousing, data backups, web archiving & basic file servers. It is by far the most common RAID configuration level used in the enterprise NAS devices and business servers.

But now the question arises, why more levels of RAID were developed?

The scope of improvements remains always and so the case was with RAID 5. This level of RAID was able to tolerate only the single disk failure & was more vulnerable to data loss.

The later RAID configuration levels were faster & more redundant, but were too costly to be affording by the individuals and small businesses. So, the RAID 5 still remained the most widely used configuration, though, being assembled of several electronic components, it too fails.

Below are the most common reasons of RAID failure:

And, all above reasons of RAID failures lead to the loss of your important data/ files stored in the hard drives connected in the array.

In this situation, it becomes critically important for you to recover those precious files and data from the RAID array and can only be made possible by a RAID recovery software program. To tackle the issue of data recovery from RAID, Stellar comes up with an advanced & feature rich software, Stellar Data Recovery Technician.

Below are the unique features of the software:

Two amazing features of RAID Recovery Software from Stellar, which are also most important to a RAID user are:

Other options in the software such as drive status check, optical media recovery, drive recovery from windows system; recovery from image, photo recovery can be invaluable to many users. 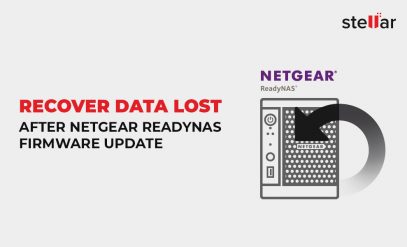 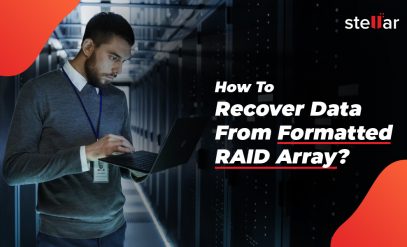 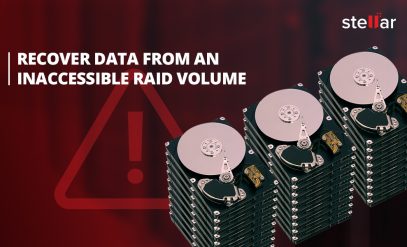 How to Recover Data from an Inaccessible RAID Volume?