Adobe Premiere Pro User 1:  ‘I synced my documentary’s audio and video in Premiere Pro using Merge Clip function. But, audio is not properly in sync. Now I do not want to go back to the original clips and do re-merging. How can I sync my files perfectly in Premiere Pro?’

Adobe Premiere Pro User 2: ‘I captured the football match in a two-hour footage. Next, imported it to Premiere Pro CC to edit. But the video is out-of-sync. There are no clappers in the footage. How can I sync the audio and video files in Premiere Pro?’

You want to ensure the highest quality sound for your project. But if you are facing a synchronizing issue in your videos, read on this blog to know how to perfectly sync audio and video in Premiere Pro CC.

Ways to Sync Audio and Video in Premiere Pro

Synchronization of audio and video files in Premiere Pro is not only time taking but requires precision too. Also, premiere pro audio sync problems are quite common. Sometimes even after mixing the audio and video clips in Premiere Pro, your video may appear out-of-sync. Ensure you are following the right steps while merging or synchronization of multimedia files. Premiere Pro CC also allows you to sync multiple audio clips based on audio itself.

Check the below methods to effectively deal with issues related to audio and video out of sync in Premiere Pro CC:

You can choose to sync audio either in Project Panel or on Timeline. 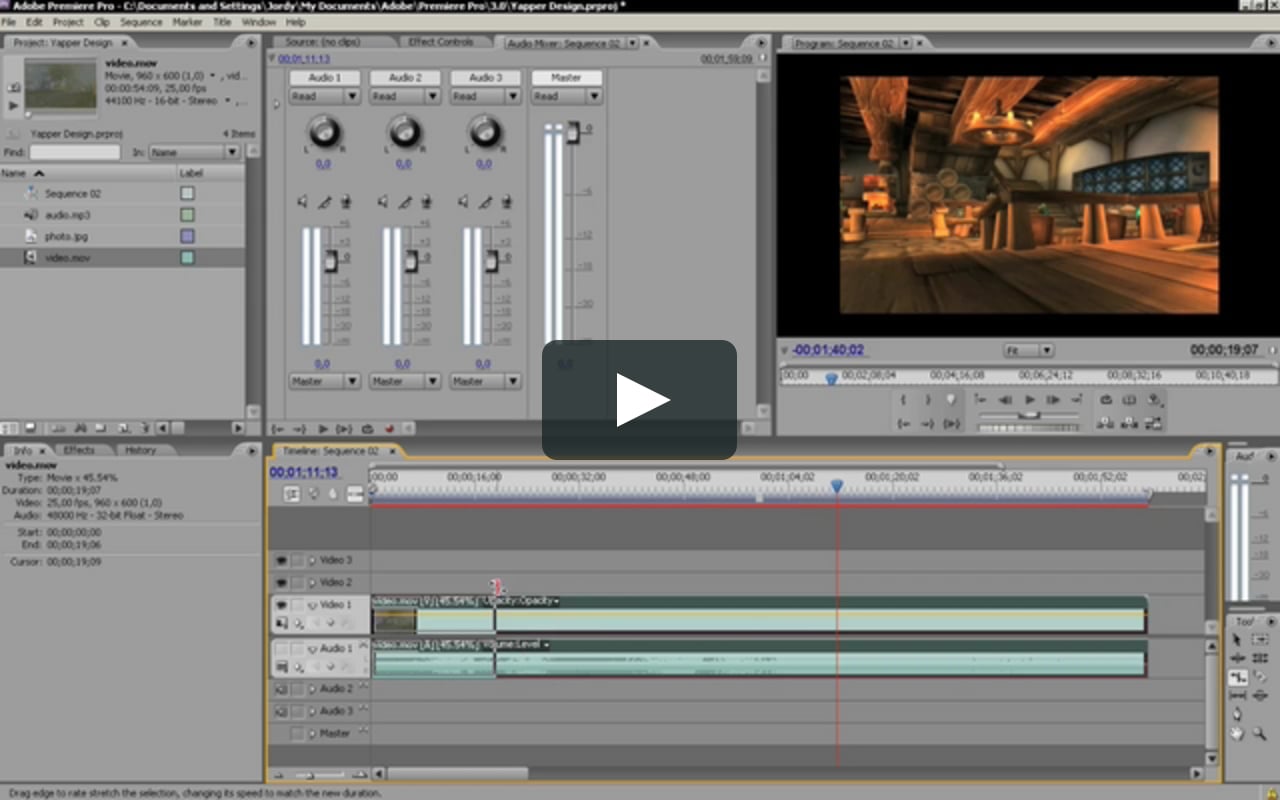 2.Use Synchronize Option in Premiere Pro

This method is almost the same as that of Merge Clip in Timeline. The difference is that you can merge clips based on Clip End, Timecode, or Numbered Marker, unlike ‘Merge Clip in Timeline’ which synchronizes from Clip Start. Also, no additional merged video clip is created.

Steps to Synchronize clips in the Timeline panel

This method is not viable if you want to sync hundreds of clips. The better way would be to use Stellar Repair for Video tool or audio/video syncing plugins like PluralEyes.

With Premiere Pro you can do Batch audio sync very easily.

Manual syncing is easy for small videos but it can be a time-consuming process for bigger projects in which you require to sync hundreds of files.

The auto sync in Adobe Premiere Pro may not always deliver the perfect sync videos. Doing it manually is tiresome but gives the best results. If you have the time give it a try to get the best results.

Steps to manually sync audio and video in Premiere Pro:

Merged & synchronized clips, still they are out of sync! Use Stellar Repair for Video

There are certain limitations associated, when you are working with Merged Clips. Have a look below:

If your videos after merging or synchronization in Premiere Pro, appear out-of-sync, the chances are that they are corrupt or damaged.

The best way is to use a video repair software like Stellar Repair for Video. Unlike manual or automatic synchronization in Premium Pro, Stellar video repair quickly fixes the out-of-sync issue without you fretting over the waveforms or frames.

Red Giant’s PluralEyes 4 work with video editing applications like Premium Pro to fix audio sync problem. It is especially helpful when you have thousands of files to sync for a movie, music video, or documentary. It is a relief for videographers and filmmakers who do not have clappers or timecode in their footages.

Download and connect PluralEyes 4 to Premiere Pro CC. Launch Premiere and PluralEyes will be listed under Window > Extensions. The plugin imports the entire project (video and audio clips), syncs them and then exports media files for use.

Premiere Pro’s inbuilt synchronization functions perform well in syncing individual clips but it is not the best way to sync a large number of audio and video clips of a big project. Comparatively, PluralEyes is easy to use and syncs thousands of multimedia files in less time. Still, if the merged or synchronized videos appear out-of-sync, you can easily use Stellar Repair for Video to fix the issue and get superior sound quality.

Which method of synchronization worked for you in Premiere Pro? Were you able to get the perfect audio and video sync? Do share your experience with our readers.