Many Android users are reporting a strange problem. The automatic Google Drive Backup feature on their Android device stops working without any warning or notification! 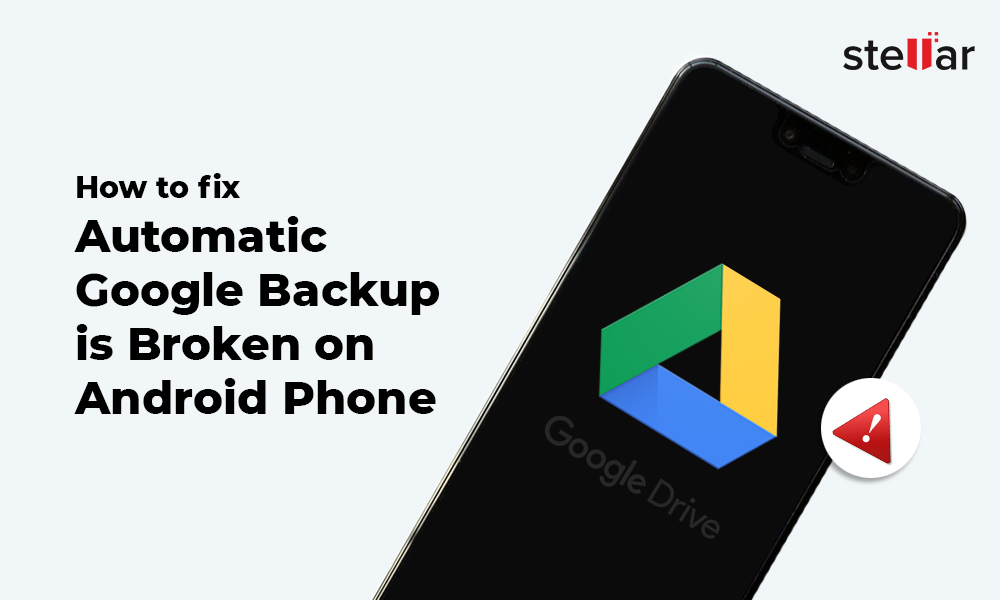 The problem gets unmasked when they incidentally check Android Settings. The ‘Back up Now’ button under Settings> System > Google > Backup> Back up to Google Drive is greyed out and inaccessible. While the ‘Active backups’ list shows ‘Waiting for backup’ under data categories — App data, Call history, Photo and Videos etc. 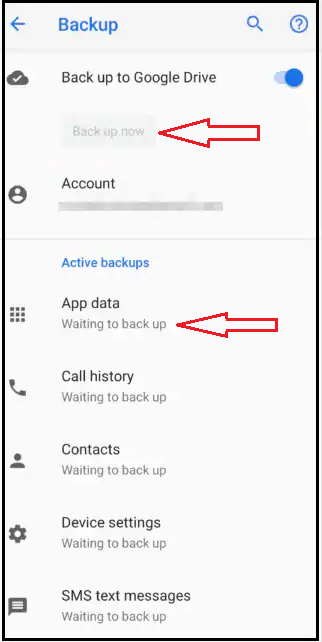 The problem has been commonly reported on Samsung Galaxy Note, Motorola, Google Pixel, OnePlus, LG V30, Huawei Mate Pro and some other devices running either Android 9.0 Pie or Android 10. The Android backup issue may not be limited to just these phones, as usually users don’t check if their automated Google Drive Backup function is working or not. Thus, the problem may have remained largely unnoticed.

Moving on, workarounds to fix the issue, like Restart, Reboot, Factory Reset or re-adding Google account have all been proven futile. So now, your device is not backed up on Google Drive while the cause of the problem is also unknown.

How to fix the problem so that Google Drive starts backing up Android data again?

And equally important—how to recover Android data that is already lost as you might have deleted important photos, videos, contacts, text messages etc., from your phone, knowing that there’s Google Drive backup to fall back on.

So first let’s delve into the first question.

So far, it seems that Google and Android phone OEMs haven’t rolled out a solution to fix this bug.

However, thankfully, some Android users have shared a couple of solutions in various discussion forums that have worked for them —

Note: These solutions are temporary fixes. Further, they may or may not work on your Android device. But recommended to try.

Solution 1: Disable all security locks on your Android phone

You may be using fingerprint, pattern, Pin code, or face recognition to unlock your phone screen or any app. Disable the authentication lock under your Android ‘Settings’ and then check if the Google Drive ‘Backup Now’ button is accessible or not. This is a short-term solution as every time you want to backup data on Google Drive, the security phone lock has to be removed.  Anyway, a temporary fix but worth trying in the meanwhile.

Solution 2: Use ADB command to force backup your Android

Another way is to use ADB command line that allows force Android backup. ADB or Android Debug Bridge is a client server program, which uses command-lines that helps your device to communicate while connecting the phone to computer, transferring files or installing/ uninstalling apps and so on.

The method may appear intimidating to a non-technical user, but is a more credible solution than the previous one.

I. What you need

Below are the steps to enable USB debugging on Android 9.0 (Pie)

4. If error “Backup finished with result: Backup Cancelled” pops up, type in console

5. When it’s finished reboot your phone, ‘Backup Now’ button should be blue and functional.

Automatic Google Drive Backup stops on your Android phone without intimating. By the time you realize the whammy, many important photos, videos, documents, call history, etc., might’ve been already deleted from the mobile device!

But no need to panic. Such situations can be handled.

For recovery from phone memory

Get an Android Recovery software, such as Stellar Data Recovery for Android. The software restores lost or deleted photos, videos, call history, contacts, messages, documents, WhatsApp chats & media, on your Android phone. You can recover data from any Android phone including those from Samsung, LG, Motorola, Google, Huawei, and OnePlus, that report the Google Backup issue. The software works on latest Android versions and is a free tool.

For recovery from SD card

If your photos, videos, or audio files are lost from Samsung Galaxy, Samsung Galaxy Note, LG V50 or other Android SD card, try the SD card recovery software — Stellar Photo Recovery to get back the lost files.

Recommended: First, go for free demo version of the recovery software. Only when you see the required Android data after scan in demo, opt for the licensed key to save the found photos, videos, call history etc.

Note: Recover Android data as soon as you realize the problem to avoid further overwriting, which diminishes recovery chances.

Even when you disable your phone’s security lock or apply the AMD command line, the problem isn’t over yet. These can be temporary solutions, unless Google or Android bring in some updates to fix this bug. Till then you can opt for alternative Android data backup solutions such as Dropbox, Backup Your Mobile, Acronis Mobile Backup and others.

Android backup is an indispensable requirement. Android users around the world trust Google Drive for it.

Disabling authentication locks on phone or AMD command line are just temporary fixes. Thus, Google is expected to come up  with a solution to fix this problem.