News, Release, and Reviews of iWatch

Apple has stepped into yet another technology with the latest iWatch concept. After months of mystery and several speculations, Apple has finally entered the wearable world. Its new iWatch concept is the first of its kind, which is considered as the best thing ever happened in many years. However, there are few who consider iWatch as yet another Smart watch.

In one of the Apple’s media event organized in Cupertino, Calif, Apple announced the launch of some of its most anticipated products in recent time. With the launch of the latest iPhone6 and 6 plus at the event, Apple officially unveiled the launch of Apple iWatch as well. The exact date of availability was not disclosed; however, it is expected to be available in the beginning of 2015 with a base price of $349 in the US.

This would be a completely new product by Apple in recent years. The last time Apple launched a new product was the iPad in 2010. Apple Watch is going to be available in three different designs: Apple Watch, Apple Watch Sport and Apple Watch Edition. The iWatch price might slightly differ from one another. The company is targeting producing 10 million Smartwatches beginning from September. 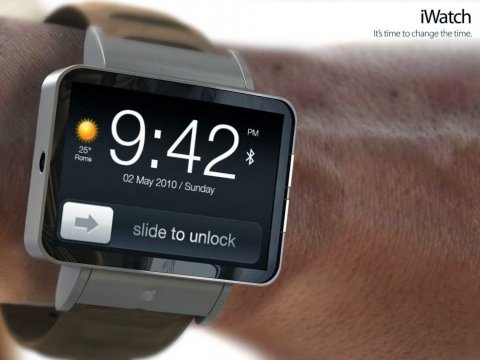 Being the most awaited product from Apple, iWatch would be available much earlier than 2015; this is the thinking of many. With the mass production kicking off in September, most reports suggest that the product could be launched in October itself.

However, with the target to manufacture 10 million units, there is hardly enough time left. Some think that the iWatch will have a limited supply in October even if it is not able to achieve its production target. Apple would take the same route as it did while launching the iPhone 5S last year.

Apart from the rumors going around about its release, the Cupertino Company has hinted that the Apple’s iWatch would have beam messages and simplified apps. This would avoid the need to take out the devices to check notifications.

Apple’s iWatch looks very fashionable at first glance. Studded with the latest technologies, the device can be made purely personal by customizing various things. The prime function of any watch is to show the correct time. However, with iWatch you can monitor your health data as well. The body of the iWatch is very solid as it is made up of stainless steel with crystal display, which makes it more durable.

Apple has allowed the iWatch interface to integrate with the iPhone. It has the ability to invoke any action in a simple way. In order to activate the display, you just need to lift your wrist up. Other applications like Notification are also well integrated into the device. Any notification update will make the iWatch to vibrate on your wrist. You can further swipe the screen to interact with any applications with the help of several action buttons available.

However, some of the features have been tried in the past in other Smartwatches. However, Apple has tried to integrate all the features into a single device. In case you have not used a Smartwatch any time before, this could be the perfect device to cater your needs. It could act as anything that you use in daily life: Phone, music player, fitness tracker, e-wallet, and more. Moreover, using the wireless connection the device allows you to access various other home-automation features.

How does it work?

Apple’s iWatch is intended to work in collaboration with iPhone as well, as it allows you to use most features while staying paired and connected. There are various on screen options as well as buttons on the sides that can be used to interact with the device.

Some of the iWatch specifications are mentioned below.

Apart from the above mentioned specifications there are many other specifications. Moreover, Apple offers three different bands of iWatch to choose from: Apple Watch, Apple Watch Edition, and the Apple Watch Sport. Each band is available in two sizes to match the wrist size.

Depending upon the band of iWatch, the materials used to build the body also differs. For example, Apple Watch Edition contains 18-karat gold, leather, and a rubber polymer. Though it is slightly bulky than the iPhone 6, but matches the look with other Smartwatches in the market.

The trial version of the device included a number of demo apps including the heartbeat-sharing app. It uses a taptic engine as called by Apple.

Though at first glance the device looks great; however, the bulky look will not please all. The interface can be swiped to interact with the applications as on iPhone 6.

Apple’s iWatch looks like any other Smartwatch, but the hardware used in the device is far better than anything anyone else’s. The outstanding feature of the device lies in the application department. With various apps already designed for Android Wear, there are various big names that are already making apps for Apple’s platform. Some of the applications include apps to remotely control your car, apps to let you enter your hotel room, apps to control your smart heating or track, and more. This is the reason that will make the masses to wear Smartwatches get the wearable revolution revolving.