Recover Data from Blue Screen Error due to KB4541335 Update

Summary: This blog discusses the major problems like BSOD, system crashes & performance deterioration caused by the latest Windows Update “KB4541335”. The method to recover data in case of a BSOD error or PC crash via Stellar Data Recovery Professional is also mentioned in this blog post. You can download the trial version from here:

Every now and then, Microsoft releases monthly updates as well as security patches for Windows users. Recently, it released an optional cumulative update “KB4541335” for Windows 10 Version 1903 1903-OS Build 18362.752 and 1909-OS Build 18363.752. This update was intended to address several bugs related to File Explorer, Apps, Start Menu Search box, MFC toolbar, and more. However, Windows 10 users are facing a number of issues including BSOD (Blue Screen of Death), Boot failure, and performance deterioration after installing this update.

Apart from this, another optional cumulative update ‘KB4549951’ for Windows 10 version 1903-OS Build 18362.778 and 1909-OS Build 18363.778 is also proving to be problematic. This update was released for improving security when using Microsoft Office products and fixing bugs related to storing and managing files. However, so many Windows 10 users are reporting issues with Microsoft’s forum and Feedback Hub after installing this update. This update is not only preventing users from updating their devices.

Don’t fret! If, due to these issues, you are unable to boot your system or can’t access your storage media, you may recover your data with a Professional Windows Data Recovery software.

Let’s find out more about this new Windows update and the errors it is causing.

Windows 10 KB4541335 was released by Microsoft in order to address several issues & bugs associated with Windows 10 November 2019 Update (version 1909), and Windows 10 May 2019 Update (version 1903). This update seems to be a problematic one as it not only leads to system crashes and the BSOD errors but is also causing significant performance issues such as 100% hard disk utilization and 95% memory consumption just after rebooting the system. Let’s explore these errors in detail and find out why they occur.

BSODs or Blue Screen of Death error generally occurs when Windows encounter a ‘STOP error’ due to corrupt hardware drivers and faulty update components. This critical error leads Windows to crash and stop working. With the latest Windows update, BSOD is becoming a frequent error among Windows 10 users. Several users are reporting this problem with an error message and different stop codes at Microsoft and other technology forums.

“My machine bricked all night and I had to unplug and rollback. Finally, after about 30 minutes it was uninstalled and I could go to Settings and pause updates for a month. This is happening way too often.”

Users are also reporting significant slow performance with their Windows PC. After installing this update, the users are reporting that their system is acting slow and unresponsive frequently.

“I read that this update was supposed to be optional but mine installed anyway. First of all my laptop became very unresponsive, and took ages to open programs and browsing became very slow.”

Windows 10 KB4541335 Update is causing trouble for the users that have installed it. They are complaining of encountering significant slow system performance issue with high CPU usage.

“Just after rebooting the desktop and checking the Task Manager and found that the CPU above 50%, Memory 95% & HDD 100% utilizing.”

There are multiple Windows 10 users who are reporting different issues such as Ethernet connections and apps fail to go online. Several other problems are also being reported on Microsoft and other forums.

Lost Access to Your Data? Here’s What You Need To Do!

Windows 10 KB4541335 is causing different errors for Windows 10 users as discussed above. Whether it is BSOD, PC crash, slow performance, unresponsive PC, application failed to run, or gibberish system output, your data is at a great risk! All these issues may lead to permanent data loss situations. Try fixing this error by uninstalling this update, yet in case of BSOD or system crash, you may have to repair or reinstall Windows to fix the error. Doing so, will overwrite the existing data or format it.

So, what would you do to protect your data or to get your data back when such issues occur?  You may recover your data with an easy-to-use, yet powerful Windows data recovery tool such as Stellar Data Recovery Professional.

One of the most effective and powerful data recovery tool- Stellar Data Recovery Professional features a bootable recovery drive option.

This Do-it-Yourself (DIY) software enables you to Create Recovery Drive for retrieving data from formatted, crashed, non-bootable or even a dead Windows PC. You just have to connect this bootable recovery drive to the affected PC and scan your important files and documents. To retrieve and save the scanned files from a BSOD affected or dead Windows PC, you will have to Activate the software. After activating the software, you can create the recovery drive and use it to access your important data from an external storage media.

Once done with the data recovery process, you can proceed with troubleshooting methods for BSOD, system slow performance, PC crash, and other errors.

BSODs and system crashes are some of the common errors that users are experiencing with this Windows 10 KB4541335 update so far. Along with the BSOD errors, some users are also complaining about internet connectivity problems, high memory consumption, and hard disk utilization after just rebooting the system.

To resolve such issues, the easiest way to go is to uninstall this optional update. This might bring things back to normal if the problem is with Ethernet connection; applications failing to go online, or the system is giving gibberish output.

But errors like BSOD and crashed PC make your system inaccessible resulting in severe data loss. So stay one step ahead with an efficient recovery tool i.e. Stellar Data Recovery Professional, which can restore almost any type of file lost due to such errors. The software is capable of retrieving data even from a formatted, crashed, non-bootable or dead Windows PC.

Do write to us in the comment section below in case of any query!

Mansi Verma is a Technology Writer at Stellar®. She is a Tech enthusiast, holding over 7 years of experience in Data Recovery, IoT, Artificial Intelligence, and the Robotics technology domain. She loves researching and providing DIY solutions and tips & tricks to solve Windows technical issues. In her spare time, she likes reading novels, and poetry. She also enjoys traveling and trekking. 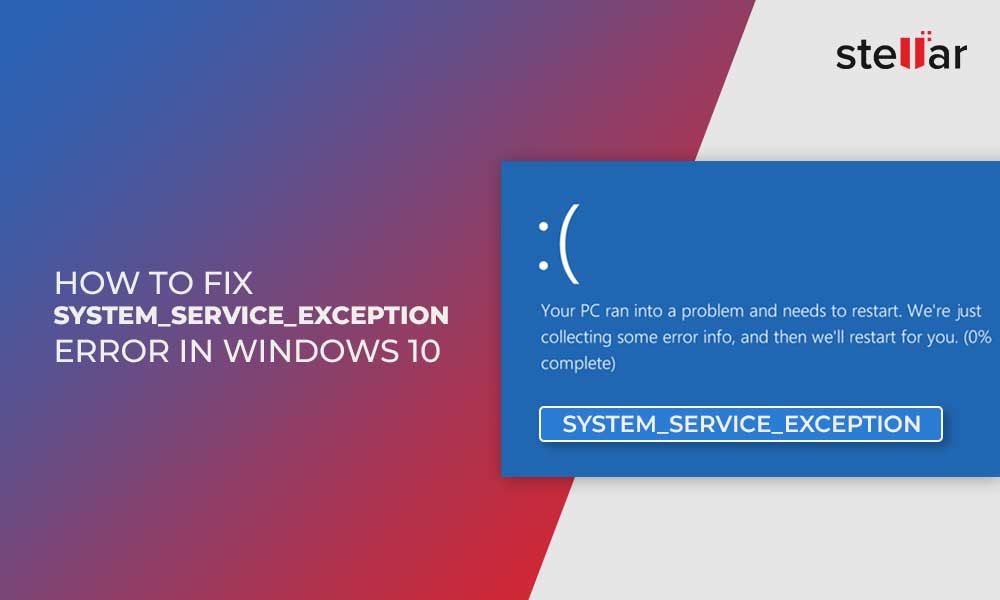 How to Fix SYSTEM_SERVICE_EXCEPTION Error in Windows 10 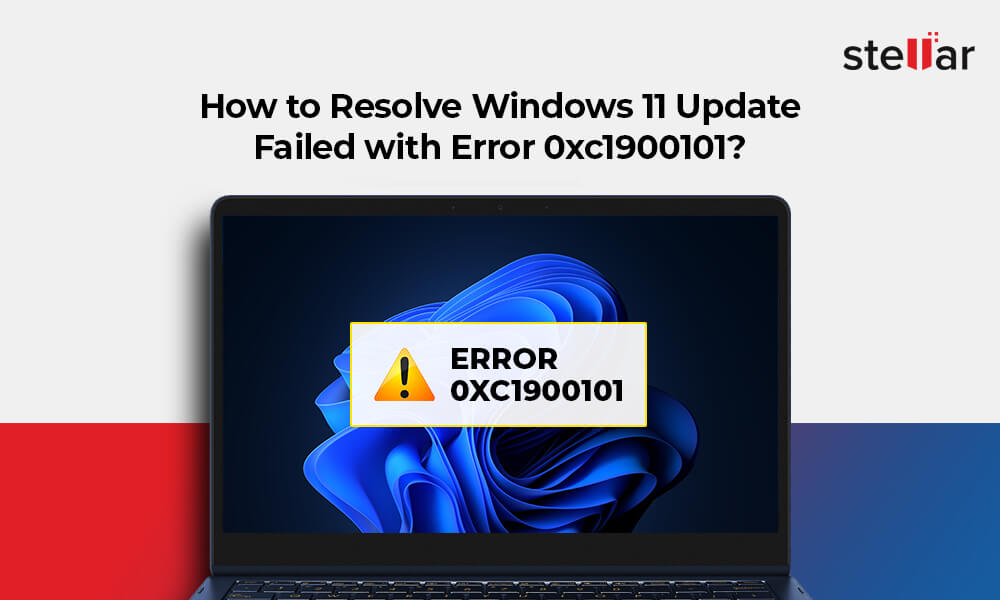 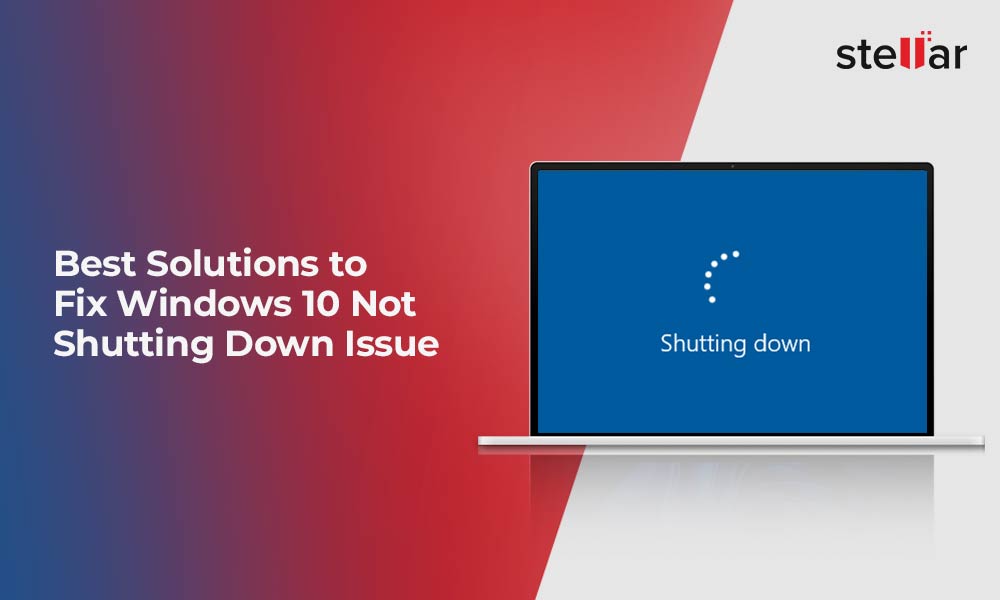